All in a Day's Work

FANTABULOUS FUN HAD BY ALL

Deb and her 2 daughters with Shelley from Australia
Deb and Mic from Melbourne were at BCAC with their two daughters for a course on painting and creativity in mid December.  Shelly, (standing on Bruce’s right) also, from Melbourne, is still here exploring painting techniques. 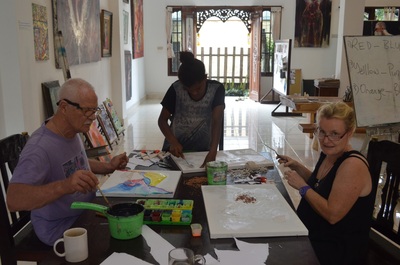 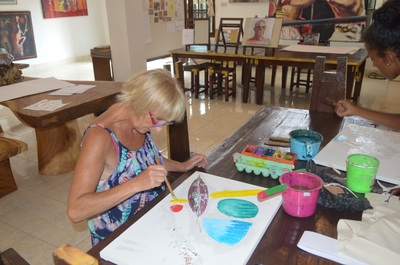 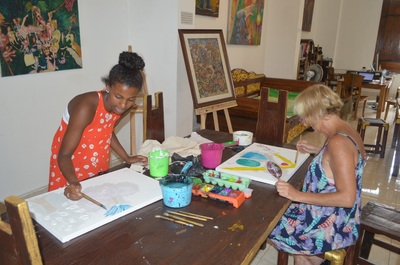 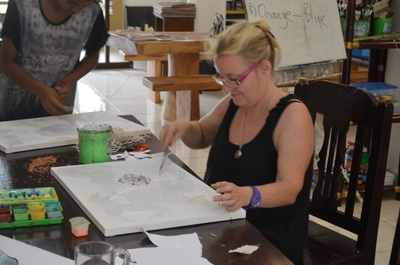 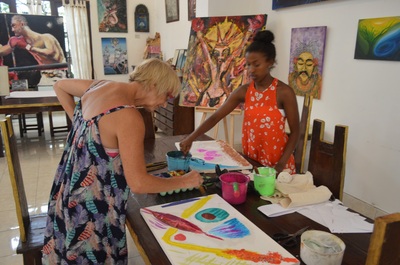 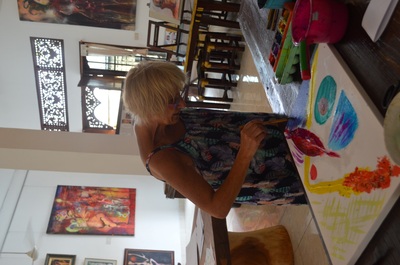 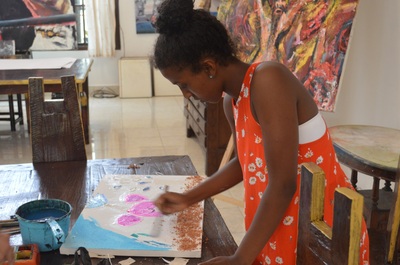 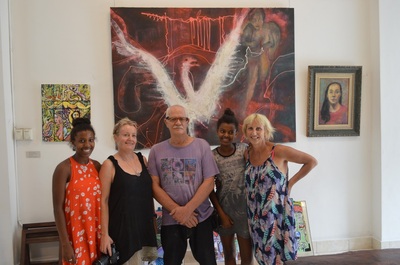 Eric Hamilton, Principal of  ISHCMC – American Academy in Saigon and his wife Mary were here for three days during the Christmas period. They explored Rudolf Steiner’s color theory, carrying out various excercises in pastels and pure pigment on paper and on canvas. 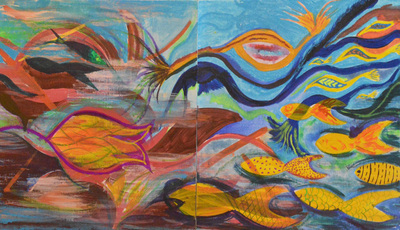 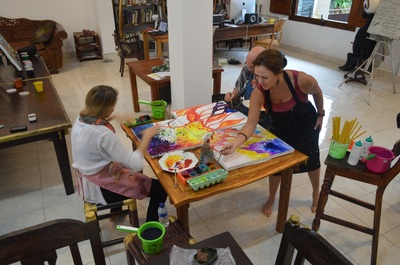 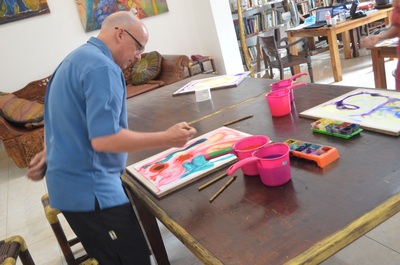 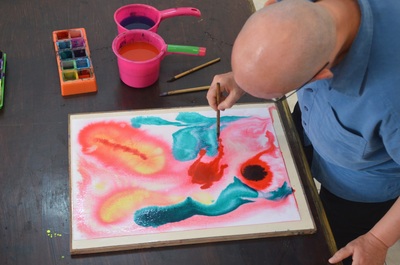 Prashant Kasnavat from Sydney, Australia was also here for a course during the Christmas period. Prashant is an adherent of Jainism, an ancient Indian religion that prescribes a path of non-violence towards all living beings and emphasizes spiritual independence and equality between all forms of life.

Prashant and I had several fascinating discussions on religion, especially differences between Jainism and Buddhism. After carrying out exercises in Steiner color theory Prashant produced an ‘Abstract Family Portrait’ in which he portrayed the inner natures and personalities of all members of his family, including himself, and their interrelationships. Afterwards Prashant said this process and its outcome gave him a set of entirely new insights into the expressive possibilities of color and abstract art as such. 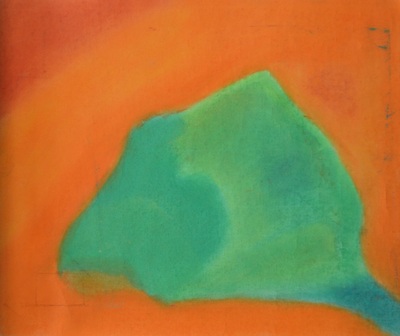 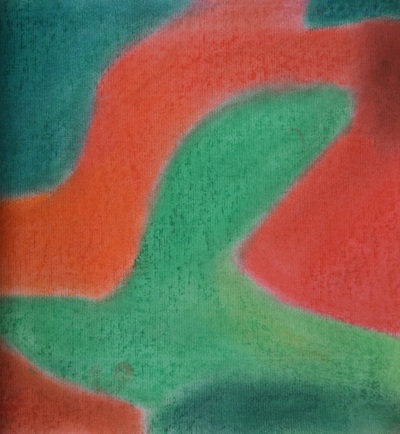 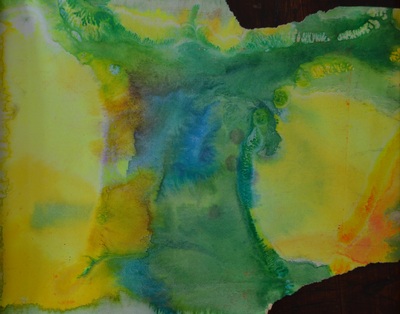 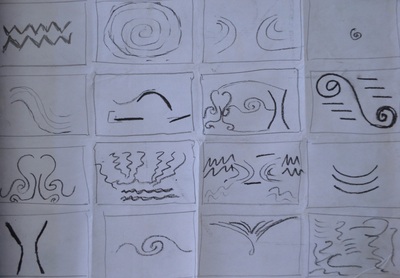 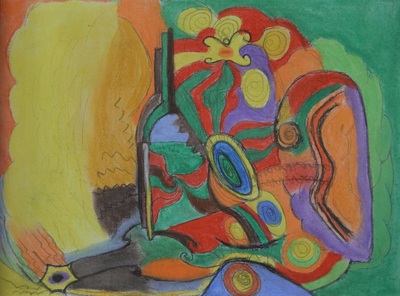